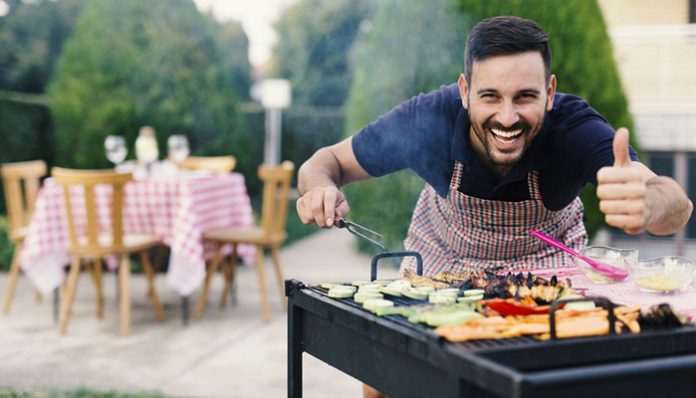 Despite a tendency of growing a number of vegetarians in the modern world, there are still enough followers of meat and fish dishes. And, surely, most of them prefer cooking such meals not by means of boiling, as the tastiest dish is fried, roasted or cooked on the grilled meat. So, let’s focus on the last way of cooking some delicious masterpieces, its pros, and cons.

What Are the Health Benefits of Grilling? 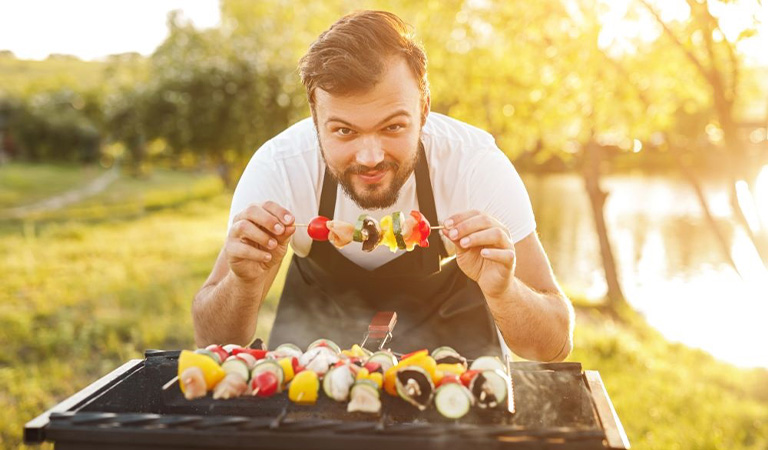 Thermal treatment of food on a grill is a short-term roasting with a high temperature. Compared to frying, this way of cooking the dishes is much more useful, as a result of such a process we receive a delicacy being not as rich in saturated fats, cholesterol as after frying, so grilled meals are certainly more useful for health than the fried meals. One more health benefits of grilling is that the food has fewer calories than fried food. And the calories rate is decreasing if you don’t use oils and animal fat while cooking meat or fish on the grill. Natural fats dripping out of the meat while being heated are evaporating, generally. The rest of the fat doesn’t turn into cancer genes poisoning your organism.

One of the significant health benefits of grilling is thought to be the highest possible preservation of nutrients in the food, that is vitamins, minerals, proteins, carbohydrates, and other useful substances. When boiling these elements are present in a broth, and when frying they are almost completely broken. For more information about charcoal grills, have a peek here.

The food, which was cooked on a grill, maybe eaten by people with chronic ailments of the digestive tract. In particular, the grilled food may be consumed by those who suffer from cholecystitis, gastritis, liver, and pancreas gland problems. In fact, when having such ailments, it’s better to give preference to grilled fruits, veggies and mushrooms as the dieticians claim they are more useful than the fish and meat fillet cooked on a grill. However, before starting a process of cooking it’s worth wrapping a product in foil. By the way, this little trick will be helpful for preserving the flavorful taste of the food.

The simplest means of grilling is baking products over an open fire in the fresh air. The potatoes cooked like this are considered to be safe for health and rather tasty for enjoying the food. This refers to baking unpeeled roots in the hot ashes.

The products cooked on electrical grills are normally hearty and digestible, as infra-red rays radiating from a grill penetrate deep into the food being cooked, and it doesn’t destroy any chemical compounds stored naturally in this food. The primary texture of the delicacy is also left untouched. The food prepared in the fresh air is also famous for its incredible odor and brown crust.

Harmfulness of the Grilled Products 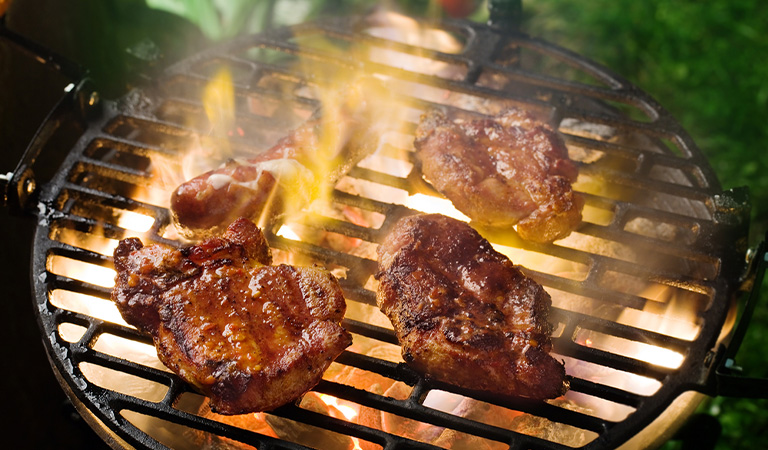 Unfortunately, there is more harm from the grilling than benefits.

Thermal treatment of the meat and fish, being too fat, increases their caloric value, which wasn’t small at the start of the cooking process, too. The content of harmful compounds called sterols also increases after the thermal treatment, so frequent consumption of such foods increases the risk of excess weight development, atherosclerosis (because of increasing the levels of bad cholesterol in the blood) and provokes a lipid storage disease development. Consequently, problems with a heart or increase or arterial pressure might start.

The supplementary usage of oils and animal fats when grilling meat, fish or veggies contributes to creating carcinogenic substances in such food type. This happens because of the high heating of oils and fats or dripping the fat on the fire and its further burning. The cancerogenesis are very dangerous for human health, as they contribute to the development and growth of cancer cells, accelerating aging processes and becoming the organism full of toxins. The meat pieces with crackling are especially rich in these dangerous substances.

Undercooked grilled food isn’t useful for human health, either. Such meat may be a source of infections like campylobacteriosis (poultry meat), Yersinia bacteria (pork), E-coli infecting agent (pork). People catching these infections experience general discomfort first, and later they start having symptoms of food poisoning like diarrhea, sickness, vomiting and high temperature. But, in fact, the situation is much worse.

The flammable liquids used for starting a fire, that is alcohol, gas, chemical spirit make the delicacies, cooked with the help of grilling, harmful. There is always a danger of penetrating toxic components of these substances into meat, veggies or fish. The same thing goes for using newspapers and rotten wood. When using newspapers for making a fire printing ink contains lead, which tends not only to settle down in the lungs, but also get accumulated in an organism.

Usage of a special grill pan and a short-term baking of a product in a microwave has a negative impact on human health, as well. When using a grill pan, you can’t avoid using additional fats and oils, and in the second case, a delicacy might lose practically all mineral and biologically active components.

Secrets of Useful Food Cooking on a Grill 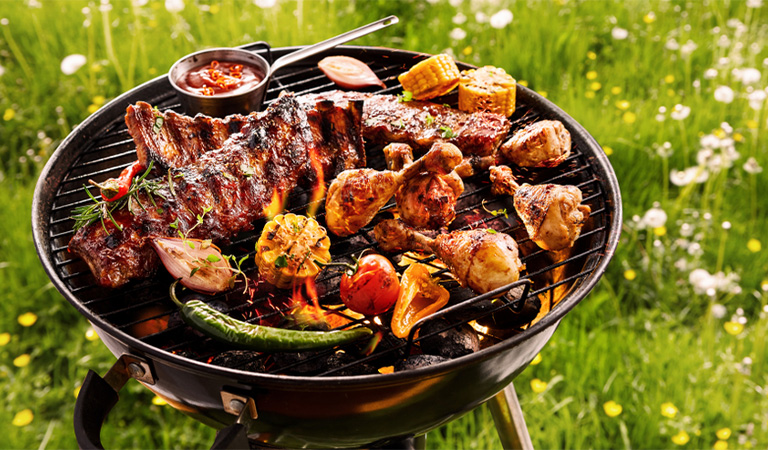 You might get benefit from any product, as well as meat, and the grilled food will be beneficial for your health when cooking in the right way. The veggies prepared on a grill will be beneficial not only for your figure but also for the whole organism.

There is one more useful tip for you: after finishing grilling or doing barbeque, you must clean the grill, on which the products were being cooked with the use of charcoal or other ways of grilling. Do it with all due care, as the coal residues or the ones from the previous cooking will do a lot of harm to your food taste and your health during the next cooking. Let the food cooked on a grill with all the possible love do good to your health and activities. Spend the unforgettable days with your close people, family, friends, and colleagues. Don’t let the bad food spoil all the fun and life enjoyment!

Replace or Repair? A Comprehensive Guide on Grills

Buying a Smoker or a Grill? 8 Questions to Ask Yourself

Smack Your Lips with the 7 Most Mouthwatering Steak Cuts